Apple //c, the tiny brother who can do a little less

This was my first real computer (TI 99, you were a toy, you hear me ?), and I kept it all through high school, snobing Amstrad and C64 users.. I remember my parents paying 12 000 francs for it, or something like $2400 these days, and 2000 more francs ( $400) for the small green monitor (it was in June 1984, just when Arconada became famous for the ones who know soccer). I had the choice between the computer or this, maybe I would have become Valentino Rossi...  another story.

On the //c (2c, ][c 2c), I remember doing all sort of things with it. First I played, and played and played. Bilestoad, Ultima, Cap'tain Goodnight, Wizardry (Sorcellerie has it was called for us in France), there are so many great games on the Apple 2. RetroGaming Roundup guys (highly recommended podcast) made a top 10, worth checking for all the fans. I remember spending a full Easter vacation playing Castle Wolfenstein (ausweiz !!!  paper !!  Alert !!). Of course I bought very few games (hey they were hard to find and VERY expensive for a teenager), so I spend my time with Locksmith 5.0 and ended up buying a second disc drive for copying purposes, bad.
While I was coping I also started playing with the nibble editors, when you have  a disc that contains 170ko of data, it is easy to look at all the data to try to find the interesting parts (like the decrementing routine CA xx). I even made an automated tool that would get a disc, list of the decrementing routines, and make changes 1 by 1 (up to you to test the game) until you got to the lives decrementing part. Conan with 77 lives is much easier, trust me. Here is a link for the ones who want to know more about Call -151's magic.

So from playing it brought me to programming (into assembler even, not an easy language), it thought me everything.

I wrote that it does a little less, because it lacks the extension ports that the Apple IIe had. Not that I could afford any card back then,  but I still felt less of a geek than my friends.

Now I have multiple Apple at home, and a very nice Apple IIe with the uncommon color monitor (I played all this games in glorious green phosphorous colors). I like the IIe the best, but the //c always stay close to my heart. The cool thing about it was that I could easily bring it where ever I was going, like 2 months at my my grandparents for the summer, I even remember buying games via mail order while in the boonies at my grand parents. Then waiting for the mail delivery man for days. It was always there, I discovered what muffin and demuffin means, and the basics of removing copy protections that are still relevant these days (not that I use this anymore).

I had hundreds of games and swapping with my friends or anonymous people on bulletin boards was a daily task. I can still find some freewares I worked on on the assimov collection site.

I stopped using it when it was clear that no new game will ever be realized onto it (X'mas 89), gave it away afterwards. The next computer I got was an Atari STE, and all I did with it was play games, nothing else. No hours spent discovering the joy of hacking, programming like on the Apple.

These days, it can be found for around $30 on eBay or Craisglist, it is really common. This one below I cleaned up totally, removing all the keys in the process. 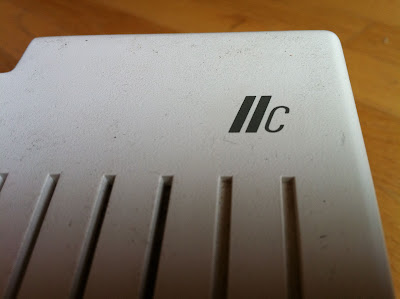 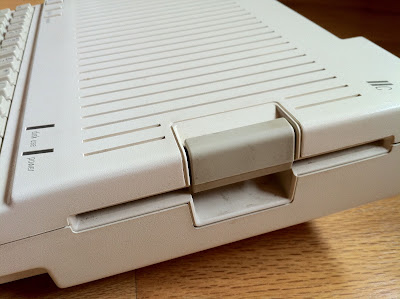 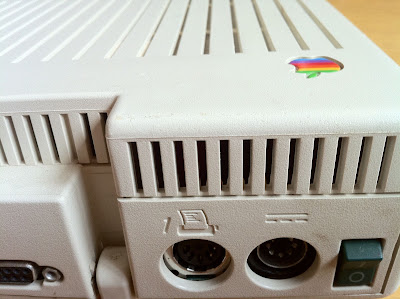 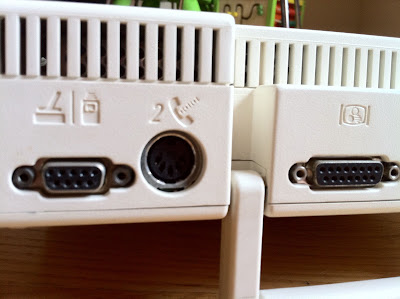 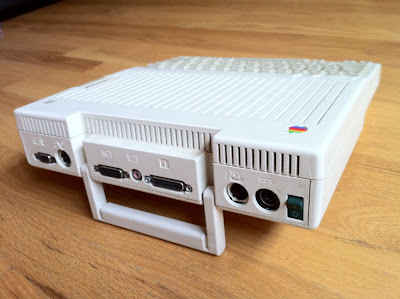 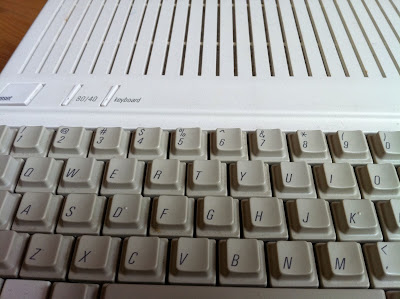