I am at 15 Activision patches, Barmstorming and Sky Jinks are behind me 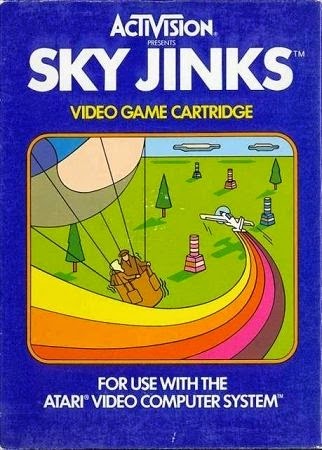 Tell all your friends, I am now at 15 Activision patches.
Because Space Shuttle is too damn hard, I made a run at the Sky Jinks patch score and beat it fairly easily. Sky Jinks is basically Skiing with an airplane. Same need to get through different doors, slightly correct trajectory etc.. It was relatively easy to beat, and I won't play it again as it was only so-so. You get the patch by beating 37 seconds at Game 1. You can beat that score even without a perfect run, which is I think the fun in the game, playing with friends I can see how you would compete for the best trajectory. Thinking about it, a game that ends in 37 seconds, that is not even enough for the editor logo to be shown these days. Not as crazy as Dragster, but still.
The second game I beat that evening was Barnstorming, and this was was harder, because you do need an almost perfect run, and I had cramps from crushing the joystick :) 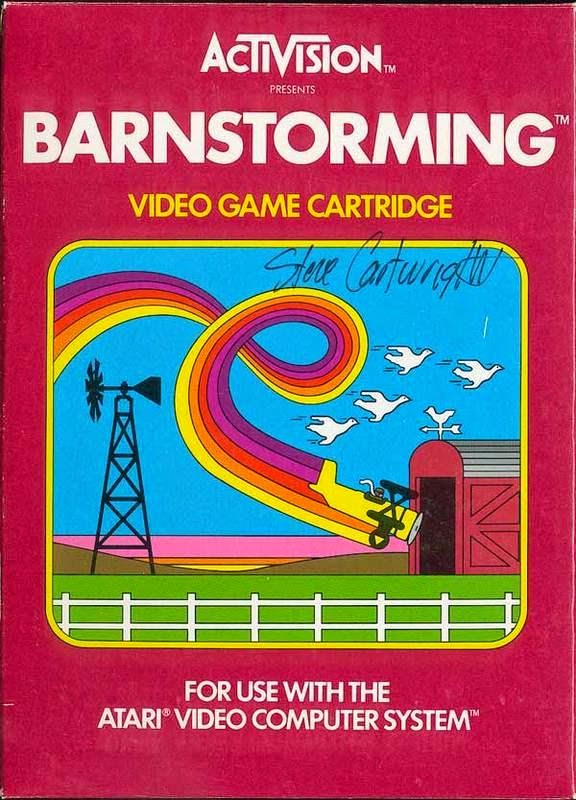 Because of of this (me trying to crush the joystick for no reason), it took me a long time to beat the 33.3 time in game 1) in order to get the patch, but I did it. The game is particularly beautiful , the number of colors on the screen being quite incredible. In act, how the sunset is drawn was an entirely new technique that got reused in other games later on. The gameplay it self is just a racing game, except that instead of going right or left you go up or down. Not very interesting, besides the graphics.

Busy for work but with a couple of hours to kill, I stopped by the bug Goodwill on Dearborn, and found a lot of interesting things. Including Sony PVM monitors, and many consoles.


then I stopped at RePC, which besides from its museum is dead zone when it comes to classics (they sell on eBay), but they did have a wall (double pane at least) of Xbox and Xbox 360 for $5.